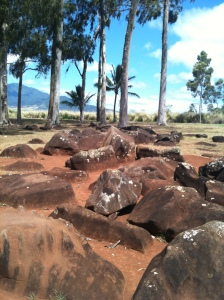 In grooming one of my staff to take on more supervisory duties, I assigned her as a mentor to a new member of our staff who was conscientious, smart, and eager to perform but without much experience in the corporate setting. She observed some actions that could be improved, but she wasn’t sure if she expressed herself clearly enough. In addition to discussing how the message should be given (at first verbally in private), we discussed 3 layers of guidance supervisors and mentors must be aware of when correcting behaviors.

I didn’t have to elaborate on these points because she immediately started to tell me what happened in her own life that illustrated this situation. Her husband is a wizard in the kitchen, and he likes everything set up just so, to the point that she’s often not allowed in the kitchen when the magic is happening. Her task is to put away the dishes and the pans, but her husband is often frustrated with her because she’s “done it wrong”. He quickly rearranges them to where they should go, and then starts preparing the meals. My colleague knows that she’s somehow made an error (Layer 1 accomplished!) but she doesn’t know where they are supposed to go, because her husband rearranges them before he starts cooking when she is not in the kitchen. After the cooking is done, the pans, of course, are in the sink or on the countertop, and also not where they would eventually be stored. She does not know the right answer (Layer 2 not accomplished).

What if her husband did show her where they were supposed to go, but the “right answer” happened to place the heavy pans on top of a shelf where she couldn’t reach? Even if she knew the right answer, she would not be able to comply (Layer 3), at least without a foot stool.

I often hear new supervisors lamenting, “But it should be obvious to them that it’s wrong. Why do I have to point it out?” My response is usually, “That’s job security for you,” followed by “Do you want to remain mad at him/her or do you want to see the change?” echoing one of the first pieces of advice I received, “don’t get mad, just get even”. If your staff starts doing the right thing, you’re even.

* Even if it’s obvious to you that they know, it’s important to verbalize it to them, to let them know that you know. It can allow them to move on, rather than having it fester and grow into something larger that they will be emotionally occupied with.

This entry was posted on February 26, 2015 by lavayoda in Management and tagged advice, behavior modification, communication, corporate culture, management.